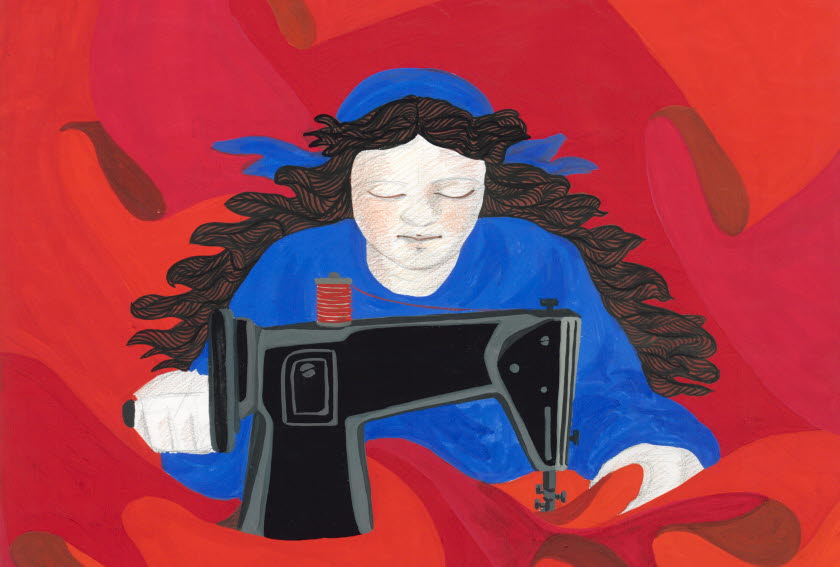 Gülsün Karamustafa, First of May,1977

Gülsün Karamustafa: After the Cosmopolis
Lunds konsthall 21 May – 28 August 2022

Gülsün Karamustafa (born in Ankara in 1946, lives in Istanbul and Berlin) has been a central ﬁgure in the Turkish visual art scene since the early 1990s. Her versatile and incisive practice has been a crucial influence on younger generations of artists in her country, not least because of her professional ability—and moral resolve—to articulate strong political and artistic convictions.
Gülsün Karamustafa’s work is in major museum collections such as the Guggenheim in New York, Tate Modern in London, Musée d’Art Moderne de la Ville de Paris, Museum Ludwig in Cologne, mumok in Vienna or the Van Abbemuseum in Eindhoven. Recently, major exhibitions for her work have been held at SALT Istanbul and Hamburger Bahnhof in Berlin. She received the Prince Claus Award from the Netherlands in 2014 and the Roswitha Haftmann Prize from Switzerland in 2021.

Frida Sandström is a writer, art critic, and a contributing editor at Paletten Art Journal. She is a PhD fellow in Modern Culture at the Department of Arts and Cultural Studies at the University of Copenhagen, and a visiting research student at CRMEP, Kingston University, London. Sandström is currently working on the PhD thesis, “Art criticism as social critique.” Her criticism, articles and essays are published in Swedish and international newspapers, journals and publications.