It is no coincidence that Lunds konsthall begins the 2008 autumn season with a concentrated presentation of art and cinema from Sweden’s mighty eastern neighbour. Hardly anyone can have missed the return of Russia as a self-confident great power this summer. 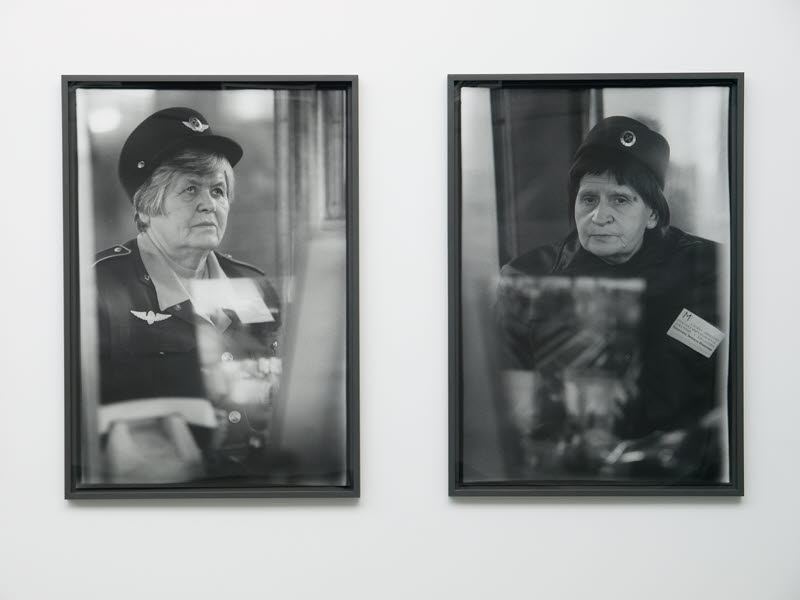 The Soviet Union disappeared from the world map in 1991, relatively undramatically and without much bloodshed. In our parts the new freedom in Eastern Europe and the resurrection of the three Baltic States were greeted euphorically, but many people in Russia and other post-Soviet countries regarded the collapse as a humiliating disaster. For them the last 15 years have been a period of protracted political and economic chaos. Now, when living standards are finally rising, they show little understanding for the world’s anxieties about the new authoritarian rulers in Russia and their intentions.

After Eisenstein starts from the legacy of the legendary Soviet filmmaker and offers still and moving images that help us understand what ‘Russian culture’ is today. Instead of attempting to give an overview of post-Soviet visual art, Lunds konsthall collaborates with the Kino cinema theatre to present four extraordinary authors who are not easy to classify or range into genres. Art as social commentary is an established tradition in Russia, but it yields the best results when followed subjectively and uncompromisingly. That is precisely what all participants in After Eisenstein do.

Sergei Eisenstein (born 1898 in Riga, died 1948 in Moscow) is a canonical figure of Soviet culture. Not just a pioneering film director but also an accomplished theoretician, essayist and draughtsman, he can no longer be labelled contemporary. Yet his persuasive cinematic imagery and his ideas about ‘attraction’, ‘montage’, ‘internal monologue’, ‘intellectual cinema’ and ‘emotional thinking’ still inspire filmmakers and other artists throughout the world. Eisenstein’s œuvre, however, also illustrates the ‘engaged’ artist’s complicated relationship with political power.

Two of the participants are key figures in post-Soviet culture. They represent the Ukraine rather than Russia. Boris Mikhailov (born 1938), one of today’s foremost art photographers, comes from the Russian-speaking city of Kharkov in northern Ukraine. Since a few years he also lives in Berlin. Among his best-known series, occasionally shocking to outside observers, are visual accounts of life in his home city during the ‘transitional’ period after 1991. Kira Muratova (born 1934) is originally from Moldova, but has worked in Odessa on the Ukrainian Black Sea coast for almost half a century. She is considered one of the finest filmmakers of the Russian-speaking world.

Olga Chernysheva (born 1962) lives in Moscow and works both at home and internationally. Her art centers on Russian culture and the ongoing fragmentation of its master narratives into puzzling, disconnected absurdities. In photographs and films, but also in drawings and paintings, she observes with both empathy and detached curiosity how people around her are managing post-Soviet and New Russian life.

After Eisenstein is supported by the Culture Programme of the European Union as part of the exchange project Opening Hours, initiated by U-TURN, the Quadrennial for Contemporary Art in Copenhagen. The other collaboration partners are the Berlin Biennial, the Mücsarnok kunsthalle in Budapest and the art journal IDEA in Cluj (Romania).

Representing History. Case Study – Perestroika
An evening of film screenings and discussions featuring the working group Chto Delat’? (‘What Is to Be Done?’) from St Petersburg
Lunds konsthall, Thursday, 16 October, 6–8 pm. In English

The action unfolds on August 21, 1991, after the victory over the Soviet revivalist coup. On this day it seemed that democracy had won a final victory in our country and that the people should and would be able to build a new, just society.

Perestroika Songspiel is structured like an ancient tragedy. Its protagonists are divided into a chorus and a group of five heroes, representing figures generated by the perestroika era, each of them with a particular vision of his/her role in history: a democrat, a businessman, a revolutionary, a nationalist, and a feminist. They act and they dream. They analyse their actions, their place in society, and their vision of the country’s political path. The chorus is the incarnation of public opinion. It submits our heroes to moral judgment and foresees their futures, as if it could see the situation from the perspective of the present day.

The film analyses the specific configuration of forces at this supremely important juncture in contemporary history. It critiques political naïveté, but also shows how difficult it is for people to realise their vision of the future together. The screenplay is based on documents and eyewitness accounts of the perestroika period.

Chronicles of Perestroika
2008, 16.46 min
Film by Dmitry Vilensky, music by Mikhail Krutik
Based on documentation of different manifestations at the time of the Perestroika in St Petersburg, 1987–91. The material was generously provided by the Saint Petersburg Documentary Film Studio.
Special thanks to all camera men who preserved these unique moments of history and to Sergei Gelver, who has saved and is taking care of this precious footage.

Part 2. Discussion
The discussion between three active participants of different perestroika-era events in Petersburg is based on the newspaper What Does It Mean to Lose? Experiences of the Perestroika.

‘The true picture of the past flits by...’ These words by Walter Benjamin have the most direct bearing on the phenomenon of perestroika.

A choir of contemporaries is attempting to construct a comfortable image of perestroika as an irreversible movement toward capitalism. This image serves the needs of the squalid powers that be and thus legitimates the paltry existence of the choir itself. To interrupt their voices, it makes sense to turn to the central question that Benjamin asks in his theses on the concept of history: who is the subject of history? For those who accept the task of continuing the struggle for emancipation, the answer to this question is unambiguous: ‘the struggling, oppressed class itself’. That is, the class-as-multitude that clearly realises and rejects the existing order of things, which fetters our lives, dreams, and the dignity and strength of constituent labor. That is, all those who still remember the pride of belonging to the human struggle for freedom.

If we make our peace with the history of the victors, this will be a betrayal of the perestroika experience. But if we are willing and ready to inherit the Soviet project, we need to rethink it as a history of the oppressed, as a battle for the actualisation of all the genuine “Sovietness” that was repressed in the history of the USSR as a party-state. Without this paradoxical gesture, we stand little chance of drawing anything positive from the terrible experience of revolution defeated and popular power betrayed in the aftermaths of 1917 and 1991.

In fact, for us, the Event of perestroika gave us our first ‘revolutionary chance in the fight for the oppressed (Soviet) past’, and not for a comfortable bourgeois future. This past was foolishly squandered. It was obliterated by a party-state that proved capable of poisoning everything around it even as it lay dying, rising from the ashes under the control of former KGB officers, party apparatchiks, and young opportunists from the Komsomol (Communist Youth Organisation), who all quickly found a common language with the capitalists of the world.

In the final analysis, our fidelity can be articulated in one compact political slogan. Its appearance heralded the dawn of Soviet history. Paradoxically, it also signalled its closure in those clear, sunny days of late autumn when the death agony of the temporary perestroika soviets reached its tragic culmination. This slogan is: ‘All Power to the Soviets!’ in order to begin to talk about perestroika, we need once again ‘to brush history against the grain’. Dmitry Vilensky