Lunds konsthall is pleased to present three simultaneous exhibitions that offer distinct perspectives on the art and cinema of the Indian Subcontinent in recent history and today. 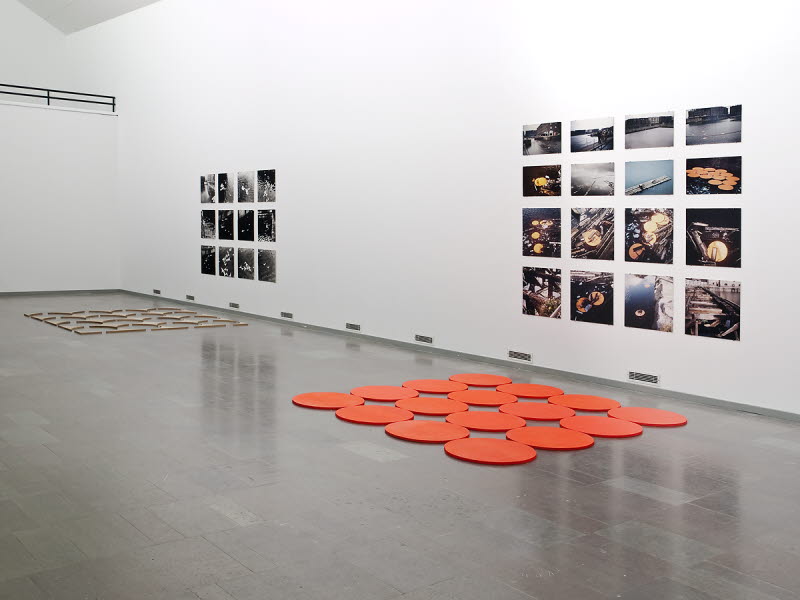 Nasreen Mohamedi (1937–90) is regarded as one of the most important Indian artists of her generation, and her paintings, drawings and photographs, produced from the early 1960s to the late 1980s, are now being recognised as a key body of work within the modernist canon. She was influenced by an earlier generation of Indian abstract artists such as V.S. Gaitonde, and she is sometimes compared to Agnes Martin or Kazimir Malevich.

Mohamedi’s uncompromisingly abstract drawings from the 1970s onwards deserve to be considered on their own terms, but they also invoke a range of cultural references. This becomes particularly clear in her photographs, in which meticulously cropped details of historical architecture and everyday life create aesthetic links to both contemporary culture and an Islamic visual heritage.

The exhibition, which brings together rarely seen drawings, paintings and photographs with unique archival material from Nasreen Mohamedi’s studio, is curated by Suman Gopinath and Grant Watson and organised and initiated by the Office for Contemporary Art Norway (OCA). It was first shown at OCA in Oslo and then at Milton Keynes Gallery in England. The slightly extended version shown at Lunds konsthall will also travel to Kunsthalle Basel in Switzerland. The works in the exhibition have been lent by the Sikander family in Mumbai, the Glenbarra Art Museum in Japan and Shireen Gandhy in Mumbai.

Rasheed Araeen was born 1935 in Karachi, Pakistan, also incidentally the birthplace of Nasreen Mohamedi. Trained as an engineer, he has been working as an artist, writer and publisher since his arrival in London in the 1960s.
Araeen’s work reflect the aesthetics of minimalism, a movement in art that he pioneered in Britain. In his practice formal and political concerns overlap, the latter largely informed by his experience as an artist of non-Western origin living and working in the West. After joining the Black Panther Movement he founded the short-lived journal Black Phoenix in 1978. In 1987 he established Third Text, an important forum for critical debate on contemporary art from an international and postcolonial perspective.

The exhibition, curated by Suman Gopinath and Grant Watson, includes photographs of Araeen’s sculptural Structures (1966–68) and documentation of his performances Chakras and Triangles (1969–70). The works in the exhibition have been lent by the artist.

Steps Away from Oblivion is a circuit of films, installed on screens and as projections in a confined space, that invoke different rhythms of repose and transformation in today’s India.

The Raqs Media Collective have invited eight documentary filmmakers (Debkamal Ganguly, Ruchir Joshi, Kavita Pai & Hansa Thapliyal, M.R. Rajan, Priya Sen, Surabhi Sharma, Vipin Vijay) to rework key sequences in their earlier films. In The Sleepwalker’s Caravan (Prologue), Raqs’s own contribution to the circuit, we are greeted by a yaksha and a yakshi, mythic guardian figures in Indian tradition, as they traverse a contemporary landscape which the other films also portray and problematise.

The installationwas originally shown within the context of Indian Highway, a travelling exhibition of contemporary art from India first presented at the Serpentine Gallery, London, in 2008.

Suman Gopinath is a curator and the founder and director of CoLab Art & Architecture, Bangalore, India. Grant Watson is a curator at the Museum van Hedendaagse Kunst Antwerpen (MuHKA), Antwerp, Belgium. Gopinath and Watson have been collaborating on exhibitions of modern and contemporary Indian art since 1999.

Raqs Media Collective is a group of internationally active artists and curators (Jeebesh Bagchi, Monica Narula, Shuddhabrata Sengupta) based in Delhi, India. Among many other things, they were co-curators of Manifesta 7 in 2008 and responsible for one of its exhibitions, The Rest of Now in Bolzano, Italy.

Satyajit Ray: The Apu Trilogy and Other Films