Lunds konsthall Presentation is an exhibition of 15 younger artists. They come from different countries and cultural backgrounds and they work with different topics, means of expression and techniques. What unites them is that they have all graduated recently, between 2006 and 2010, from the two art academies in our region: the Malmö Art Academy, which is part of Lund University, and the Royal Danish Academy of Fine Arts in Copenhagen. 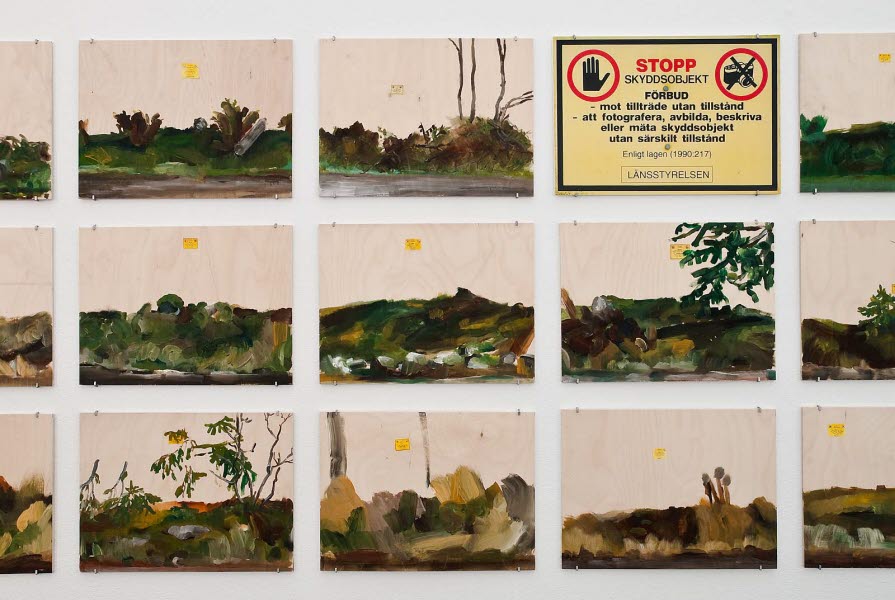 With assistance from Cosmin Costinaş, curator at BAK in Utrecht, the Netherlands, Lunds konsthall has selected the participants and staged the exhibition in close dialogue with them. The fifteen artists have all been offered the possibility to carry out new productions, but the exhibition also features previously existing works. The idea is that Lunds konsthall, as one of the most active art institutions in southern Sweden and as the municipal art gallery of an important university city, shall encourage new development and thinking in art.

We regard Lunds konsthall Presentation as a possibility for research, for trying out new thoughts, but also as a more traditional exhibition. We have chosen to give it a ‘nondescript’ title. Spatial articulation and technical execution are significant aspects of all our exhibitions. In this case it is especially pertinent to speak of ‘presentation’ in yet another sense, since many of the participating artists are still unknown to a wider art audience. Presentation is essentially to do with presence, to find oneself ‘in front of’ or ‘before’ someone or something. To present is an action that aims at creating such presence, whether it be making one person acquainted with another, handing over an object to a person as a gift or giving a person access to an object, an image or a thought in a premeditated and comprehensive fashion. In this sense, to present also means ‘to make people meet’.

Lunds konsthall Presentation has no ambition to be thematic or representative or to become a self-fulfilling prophecy. It is, however, meant to indicate that art today, at least in our region, revolves around certain main categories and subcategories of meaning in certain patterns of movement. Among these are: the opposition between ‘concept’ and ‘process’ and hybrid forms that try to combine them (almost all participants, but particularly Fredrik Auster, Carl Boutard, José Luis Martinat, Hans Scherer); three-dimensional form as a ‘diagram’ of narrative meaning (Patrik Aarnivaara, Fredrik Auster, Ana Bezelga, Carl Boutard, Hans Scherer); ‘research’ and ‘knowledge’ as categories to be used and questioned in art (Patrik Aarnivaara, Ana Bezelga, Nanna Debois Buhl, Tamar Guimarães); ‘the systemic’ as a framing device in art (Nanna Debois Buhl, Marie Kølbæk Iversen); illusionism, value perspective and textuality in painting as a ‘micropolitics of the image’ (Elin Behrens, Hertha Hanson, Viktor Rosdahl, Hanna Sjöstrand); ‘voice’ and ‘the autobiographical’ as a strategy and material for art (Karolina Erlingsson, Vladimir Tomić).

Lunds konsthall Presentation is intended to propagate and actively support the very latest developments in art, focusing on a region which is both future-orientated and culturally ambitious. Lunds konsthall wishes to thank the participating artists for their commitment to the project, Cosmin Costinaş for his initiated and accomplished thinking, all the lenders for their generosity and, last but not least, Sweden’s Foundation Culture of the Future for generously supporting this project.