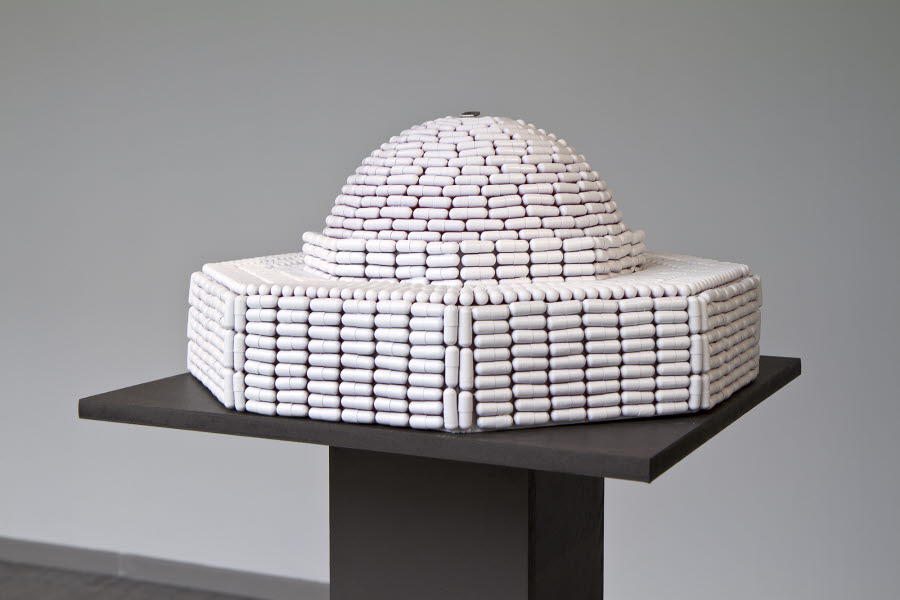 For a couple of years more than twenty students from all four schools have been working on the deliberately wide theme of escape. The mass media constantly feed us reports on disasters affecting humankind. We are flooded by images showing people trying to escape natural disasters, poverty, war and oppression. Such images provoke both anxiety and fascination. How are they constructed to achieve this effect? Many people also flee into themselves. Such inner exile is sometimes to do with protecting a private zone but may also be close to madness. Drug culture and the daydreaming that the media encourages, how do they relate to our longing to escape reality? The notion of escape contains both violence and desire. How can this be expressed in art?

Each school has organised seminars for the whole group, around different aspects of escape. The series was started in Braunschweig and Berlin in May 2009 with a survey of escape and migration against the background of Germany’s recent history. The theme for the intensive week in Palestine in July that same year was obvious. In October the group gathered in Malmö to look at the inner life of artists at the turn of the last century, focusing on Carl Fredrik Hill and other Swedish artists. The seminar in Lisbon in February 2010 touched on both escapism and Portugal’s colonial heritage.

The initiative for ESCAPE comes from art historian Viola Vahrson and professor Olav Christopher Jenssen at the Braunschweig University of Art. They have organised the exhibition at Lunds konsthall together with professor Gertrud Sandqvist at the Malmö Art Academy and Jürgen Bock, director of Maumaus in Lisbon.

The participating students exhibit their own approaches to the overall theme. The exhibition will also be shown at the gallery of the Braunschweig University of Art. A comprehensive publication is planned and will be published at a later stage. Like all exhibitions at Lunds konsthall ESCAPE is accompanied by an illustrated catalogue with texts in Swedish and English.

Lunds konsthall’s programming is based on the conviction that the international and the regional are always intimately interconnected in contemporary art. This is also true about the art academies, where international exchanges and collaborations are now an established part of the curriculum. Teachers and students from different countries come together to develop an integrated vision of art as an international arena that is sensitive towards the cultural identity of specific regions. With ESCAPE Lunds konsthall wants to underline the importance of this kind of internationalism – today and for the future.