We Have A Dream. About Courage, Compassion and Human Rights

Albert Wiking & Oscar Edlund. Having a dream is a strong motivation. The purpose of the exhibition and the book ‘We Have a Dream‘ is to inspire everyone to dare follow their dreams: big or small, now or later in life. Dreaming gives us power and courage. 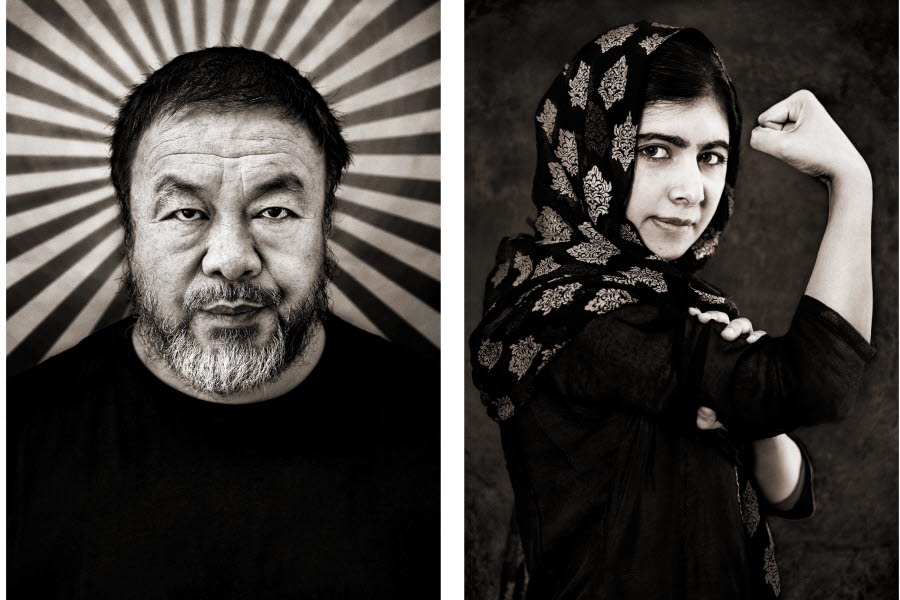 Lunds konsthall now shows a selection from 114 portraits, taken all over the world between 2002 and 2016. Each portrait is accompanied by a story, and together they want us to realise that nothing is impossible. The exhibition is a document of our time, showing some of the most influential people in the world alongside youngsters and other ordinary people who really want to influence their immediate surroundings.

‘We Have a Dream‘ is essentially a photography project, but one that goes beyond the portrait frames. The initiators – Albert Wiking, who took the portraits of the participants, and Oscar Edlund, who interviewed them – wished to make a contribution to a more liveable world by showcasing positive examples. A teeming network of contact persons, agents, managers and other gate-keepers have facilitated, or blocked, their countless attempts to gain access to Nobel Prize winners, royalty, activists, performers, artists, entrepreneurs and everyday fighters. Once the enquiry went through it could still take years to reach an agreement or book a meeting.

–We and those we portrayed are convinced that art has a real potential to influence us, one person at the time. Our dream is that every viewer will relay the stories to others and become inspired to act. In order to make this happen I believe it was an advantage not to be backed up by any organisation, country or Prime Minister. This, I think, is something the participants found fascinating, says Albert Wiking.

–It has been a long journey. It took between four and seven year to secure Malala Yousafzai’s, Ai Wewei’s, Dalai Lama’s and Jane Goodall’s participation in this project. The common denominator for all participants is that they have a touching story to tell, says Oscar Edlund.

Among those portrayed are members of the punk band Pussy Riot and the Chinese regime critic and artist Ai Weiwei – people who have stood up for democracy. This is also true about the youngest-ever Nobel Peace Prize winner Malala Yousfzai, who is fighting for girls’ right to education. Other participants include human rights judge Navi Pillay, musicians Annie Lennox, Quincy Jones, Zara Larsson, Patti Smith and Timbuktu, model and actress Ruby Rose, writers Chimamanda Ngozi Adichie and Yeonmi Park, as well as UN functionaries Anders Kompass and Jan Eliasson.

One of the first to be photographed was Swedish Foreign Minister Anna Lindh. Her portrait was taken in Lund and the interview was scheduled to happen later. Soon afterwards she was brutally killed by a deranged assailant. She has, however, left her imprint on this exhibition.

About Albert Wiking and Oscar Edlund

Albert Wiking (1956), initiator, photographer and designer. He has authored a number of exhibitions and books, such as ‘Eldvatten‘ (Firewater, 1998), about well-known and unknown people and their relation to alcohol. After premiering at Lunds konsthall it toured for several years and attracted more than a million visitors.

Oscar Edlund (1979), initiator, responsible for the interviews and for recruiting participants. He has previously worked for Swedish Television, His Majesty the King’s Foundation for Young Leaders and the Nobel Foundation. Wiking and Edlund have previously produced the book and exhibition 'Rött – mellan kärlek och revolution' (Red: Between Love and Revolution, 2001).

Daniel Rydén has written the texts and Henrik Lörstad has created the exhibition audio design.