Carl Michael von Hausswolff. I Am the Others 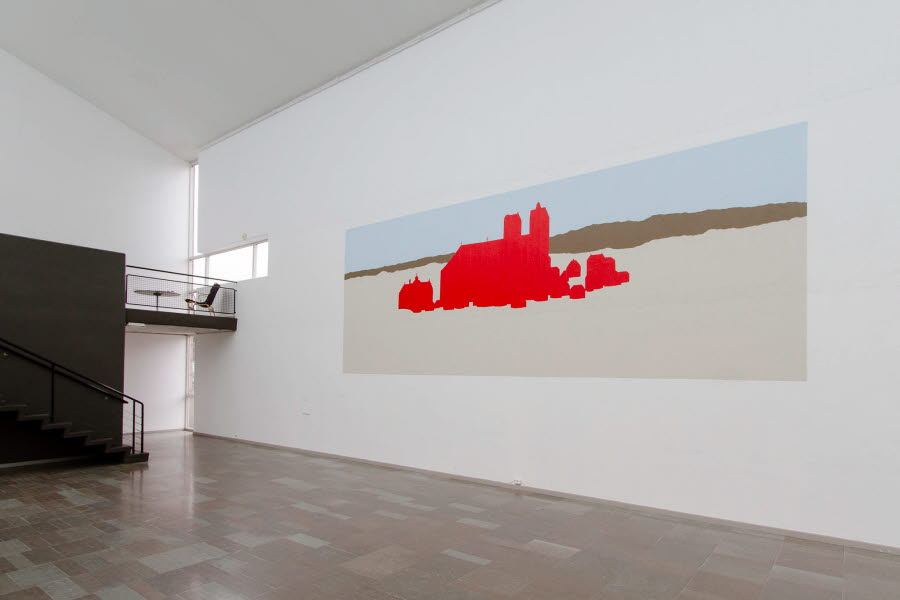 The exhibition contains work by a number of persons, most of whom are well known, but not as artists. They have caught von Hausswolff’s attention because of their exceptional actions and stances, which for different reasons could be characterised as art.

Those portrayed in the exhibition are: Corazón Amurao (The Philippines), Laura Lee Burroughs (US), Clint Eastwood (US), Olga Eriksson (Sweden), James B Irwin (US), Friedrich Jürgenson (Russia/Estonia/Sweden), Salvatore Lucania (Italy/US), Selmer Nilsen (Norway), Hiroo Onoda (Japan/Brazil) and Wu Ping (China), as well as the members of The Military Gang (Sweden) and the ‘meta-scientists’ behind the Spiricom instrument (US).

I Am the Others offers an indirect retrospective view of von Hausswolff’s activities from the late 1970s until today, but the exhibition doesn’t try to capture his entire register as a sound and light artist clearly rooted in performance art. In installations, performances and concerts von Hausswolff has articulated space and time, memories of the past and inexplicable messages from ‘the other side’, often using various kinds of recording and measuring equipment: tape recorders, cameras, radar, sonars… Music has always been a second home to him. He helped found and run two record companies. Radium 226.05 was created in 1986; Anckarström four years later.

Just as characteristic of von Hausswolff’s practice are his many collaborative projects. Two of these are featured at Lunds konsthall. Under the name PHAUSS he and Erik Pauser carried out a range of projects while they were both living in Gothenburg in the 1980s. Their travelogues Alger–Lagos 1983 and Zürich–Zürich 1986 are included in the exhibition, along with Al Qasr, Baharyia Oasis, Egypt 2005, one of the films from von Hausswolff’s ongoing collaboration with Thomas Nordanstad.

Carl Michael von Hausswolff has participated in many international group exhibitions, such as Manifesta 1 in Rotterdam (1996), Documenta X in Kassel, the biennials in Istanbul (1997), Johannesburg (1997), Santa Fe (1999) and Liverpool (2004) and the Venice Biennial (2001, 2003, 2005). He has also had numerous solo exhibitions, for instance at Färgfabriken in Stockholm (2000) and Portikus in Frankfurt am Main (2004). In 2003 he curated the Gothenburg Biennial and in recent years he has organised sound art events such as freq_out, with manifestations in institutions such as Moderna Museet in Stockholm and Stedelijk Museum in Amsterdam.

Our warm thanks go first of all to Carl Michael von Hausswolff for the enjoyable collaboration and the impressive results. We also thank the lenders, as well as Thomas Nordanstad and Erik Pauser.

We also thank Anna von Hausswolff, who will perform a 30-minute instrumental composition for church organ, guitar and synthesiser together with Filip Leyman and Karl Vento in the Cathedral of Lund on Saturday, 7 September at 8pm. Free entrance.