Shapes in the Making

Lunds konsthall is glad to present the exhibition Shapes in the Making, with works by 14 artists. 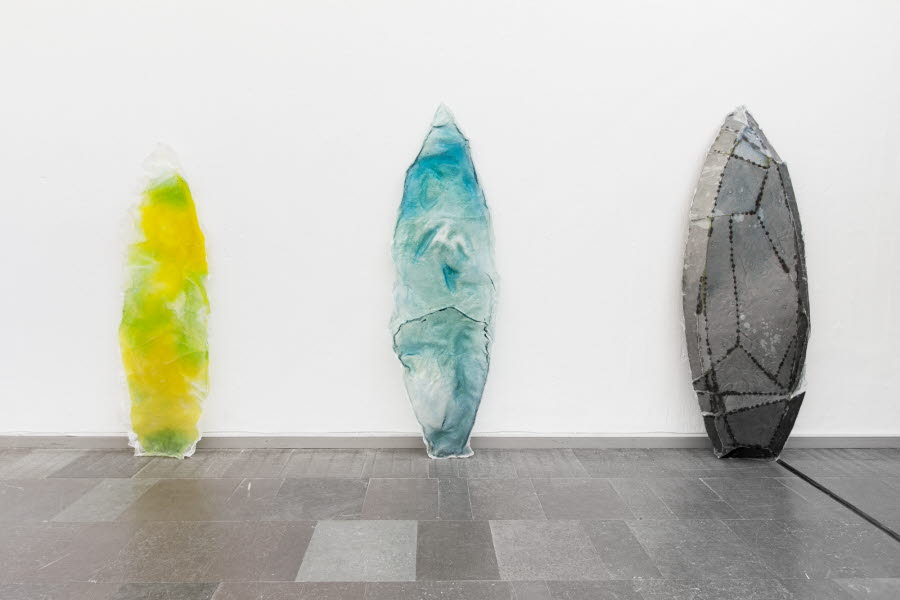 Some of these belong to a younger generation that is now claiming its place in the art world, while others are more established or have even ceased to work. Some are no longer with us. Yet all the artists have one thing in common. Although they are associated with our immediate surroundings, they have never before – with just a few exceptions – been shown at Lunds konsthall.

In the selection of works for the exhibition spatial, sculptural and object-orientated means of expression have been consciously emphasised. The encounter with real volumes in real spaces kind of art privileges changing perspectives. Viewers become mobile actors, actively creating their own points of view. Shapes are made in space and are transformed as viewers move around them.

Inger Ekdahl’s informal painting from the 1950s shows how the pictorial space of Modernism is closed, to reveal the artworks as objects. In the objects by Kasper Heiberg and Eric H Olson from the same period space and three-dimensionality are even more pronounced. These works were constructed to be viewed from different angles. Other artists in the exhibition allow painting to approach architecture or sculpture, among them Carl Magnus, Jakob Simonson and Fredrik Værslev.

The artists’ selection of materials can also clarify the shapes they are making. Tiril Hasselknippe, Rolf Nowotny, Nobu Ota and Charlotte Walentin juxtapose palpable materials to give their art a corporeal immediacy. Physical perception is also what determines the works by Kristina Matousch in the exhibition. She shows metal plates into which ‘memories’ have been burnt by kitchen stoves.

Kah Bee Chow and Lea Porsager make spatial installations to visualise changing conditions of different kinds: the impact of mass media or alternative states of consciousness induced by hypnosis or trance. The artist collective A Kassen bases its work on the reflections in framed and glassed artworks. The visual noise generated when viewers move in front of two-dimensional artworks becomes an asset rather than a limitation.

Shapes in the Making uses the group exhibition as a format to facilitate encounters between the artworks, the viewers and the exhibition space. Rather than portraying the regional art scene the exhibition tries to create new relations between concrete works in a concrete space.