Lunds konsthall has the great pleasure to present a solo exhibition by Vassil Simittchiev (born in 1938 in Bulgaria). It consists mainly of new works, which are put into context through a retrospective look at Simittchiev’s production from the 1970s until today. The ambition is to offer a many-facetted and in-depth survey of his much-appreciated oeuvre: humorous and magnificent but at the same time subtle. 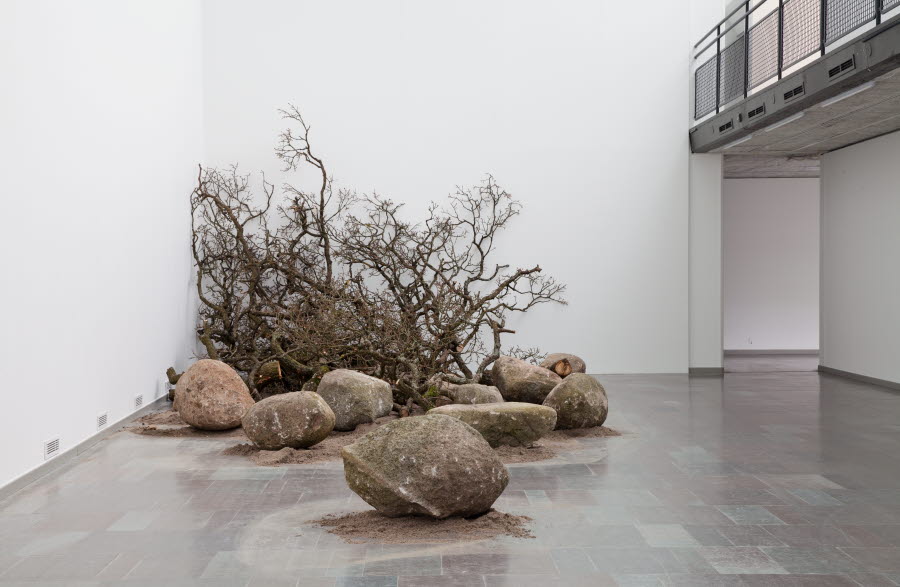 Simittchiev must be regarded as one of Sweden’s most important conceptual artists. For him the artistic idea is at least as important as its realisation. This has been the case at least since 1975, when he left Bulgaria, with its explicit political and artistic rules of conduct, and moved to Malmö in Sweden, where he still lives and works.

Art in the People’s Republic was supposed to materialise the glorification of power, but Simittchiev wanted to use art as freedom of thought. His thought-based practice has since yielded a series of significant projects, realised in nature as well as in the city. A quay covered in plate glass; a street given the entire colour spectrum of the rainbow – works reminiscent of the wrapped buildings by Christo, a fellow Bulgarian of similar age, and of Robert Smithson’s ruminations on landscape.

For Simittchiev’s latest solo exhibition at Lunds konsthall, in 1981, the whole façade was covered in silvery foil, allowing passers-by to see themselves and all of St Martin’s Square reflected by the building. The house of art as a mirror of the world around it, just like art itself.

Thirty-six years later Simittchiev is back at Lunds konsthall, and this time we encounter an artist who has scaled down his large gestures in favour of concentrated studies of artistic processes, the laws of physics and the conditions for life. The metaphysical and the mathematical, which were always there, are brought forward, but we still recognise the approach, both light-hearted and razor-sharp.

On the façade we see, looped to infinity, the artist’s hands shaping a lump of clay, but without producing any result. Other new works also focus on the gallery’s architecture and its place and role in the city. Simittchiev’s penchant for glass is also a recurrent feature. Large swathes of plate glass are covering the gallery’s inner courtyard.

The gesture of covering the ground with glass can be recognised from an earlier project, a performance realised in 1985 at the Hjälmare Quay in Malmö’s harbour, where Simittchiev directed heavy trucks to drive over the temporarily glazed flagstones. Documentation of this action is shown together with other works that are central to his oeuvre.

Another example is ‘Possible Dissection: Project for the Dimitrov Mausoleum in Sofia‘, 1999, which proposes at cut through the mausoleum where the embalmed remains of former Bulgarian Communist leader Georgi Dimitrov used to be displayed. Simittchiev’s proposal for deconstructive conservation was presented in the year that the Bulgarian government dynamited the building.

The exhibition is accompanied by an illustrated catalogue, distributed free of charge to visitors, with a new essay by critic and writer Dan Jönsson.

Warm thanks to the artist, and also to the art institutions that so generously lent us works from their collections: the Malmö Art Museum, the Museum of Artistic Process and Public Art, here in Lund, and Moderna Museet Malmö.
Curators: Hans Carlsson, Emil Nilsson