Lunds konsthall’s programme for 2010 starts with a solo exhibition by the celebrated Portuguese artist João Penalva. The focus is on works produced in the last five years, with one important earlier piece, the slide and sound installation Character and Player, 1998, as a bass note. 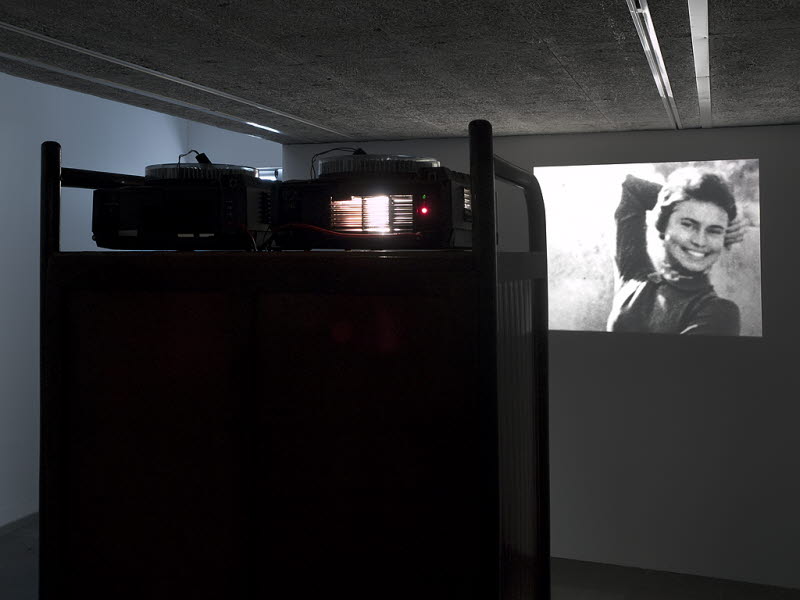 The exhibition includes, among other works, the slide and video installation Pavlina and the automated shadow theatre Petit Verre, both 2007. There is also a specially commissioned installation of ten loose-sheet picture books, individually titled and displayed on tables, and a series of seven large framed digital prints with accompanying short texts, also individually titled.

Narrativity is of great importance in João Penalva’s art, which is shaped by his capacity for speaking in images and juxtaposing images with words. His imagery is lens-based, reflecting an outside world, and his writing becomes an inner voice. He works with film and video or with prints of various photographic images, often in composite installations that combine several artistic media, sound and light.

Penalva’s art can be understood in terms of physicality, visuality and theatricality. He offers viewers condensed reflections on visual data and precise modulations of emotional states. The impact of built space and bodily time are key elements in the works selected for the exhibition at Lunds konsthall, which bring together the palpable, the imaginary and the unconscious.

In this configuration, Penalva’s works appear to be governed by the logic of the dream. According to the philosopher Henri Bergson, the dreamer uses the same mental faculties as when he is awake, but without the restrictions that bind him when he must attend to life. He conjures up any image he fancies, and the absurdity associated with dreams is nothing but his attempt to analyse these images rather than just letting them flutter by. The dreamer, Bergson says, is too logical.

Lunds konsthall warmly thanks all the lenders, and above all the artist for his extraordinary commitment and his fine sensibility towards the gallery’s unique architecture.

João Penalva was born in Lisbon in 1949. He studied at Chelsea School of Art, London, where he has lived from 1976. In 2003–04 Penalva was awarded the DAAD Artists’ Residency in Berlin. As External Tutor at the Malmö Art Academy he has influenced the development of many younger artists. Penalva represented Portugal at the 13th São Paulo Biennial in 1996 and at the 46th Venice Biennale in 2001. He also exhibited at the 2nd Berlin Biennial in 2001 and at the 11th Sydney Biennial in 2002. Solo exhibitions include: Centro Cultural de Belém, Lisbon, and FRAC Languedoc-Roussillon, Montpellier, 1999; Camden Arts Centre, London, Contemporary Art Center, Vilnius, Galerie im Taxispalais, Innsbruck and Tramway, Glasgow, 2000; Rooseum, Malmö, 2002; Institute of Visual Arts, University of Wisconsin, Milwaukee, and The Power Plant, Toronto, 2003; Serralves Museum of Contemporary Art, Porto, and Ludwig Museum, Budapest, 2005; Irish Museum of Modern Art, Dublin, 2006; DAAD Gallery, Berlin, and Mead Gallery, Warwick Arts Centre, University of Warwick, Coventry, 2007.